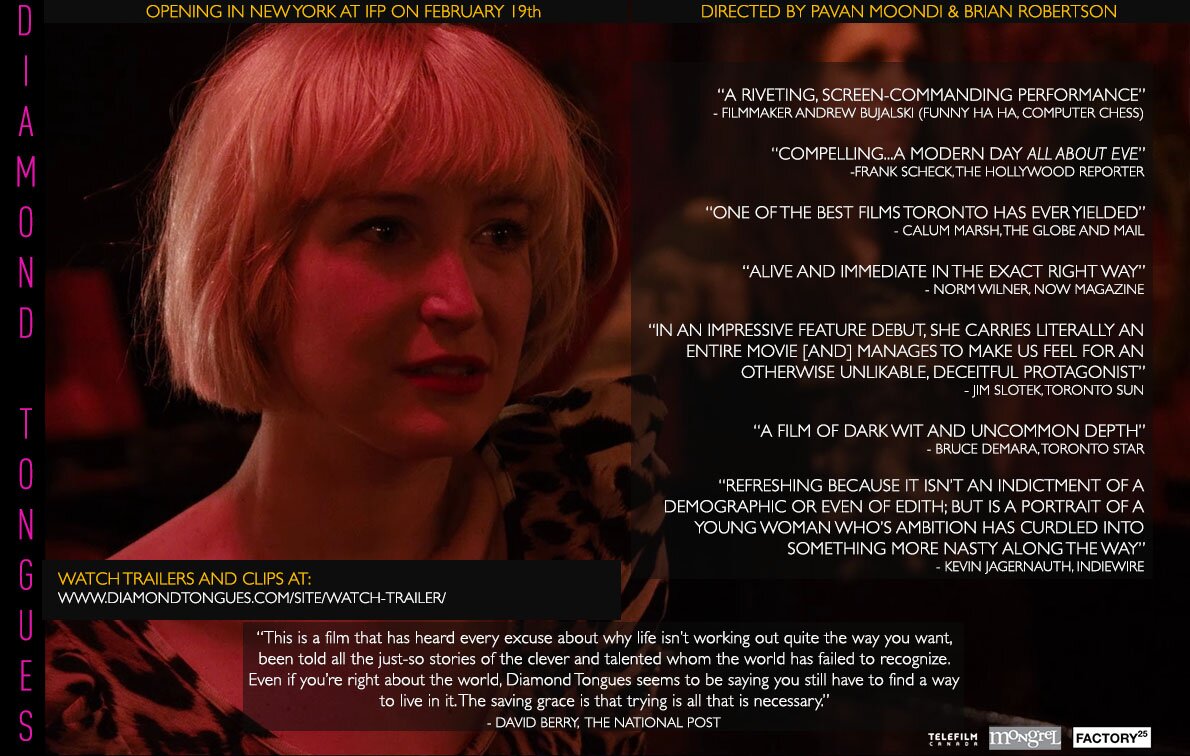 Great news! Thanks to Factory 25, Diamond Tongues will be opening in New York at the IFP Media Centre on February 19th, 2016 for a one week theatrical run. There will be additional US dates announced shortly, so keep an eye on the Screenings page for the latest. So far we’ve added two screenings in San Francisco as part of the SF Indie Fest. Stay tuned to Twitter or Facebook