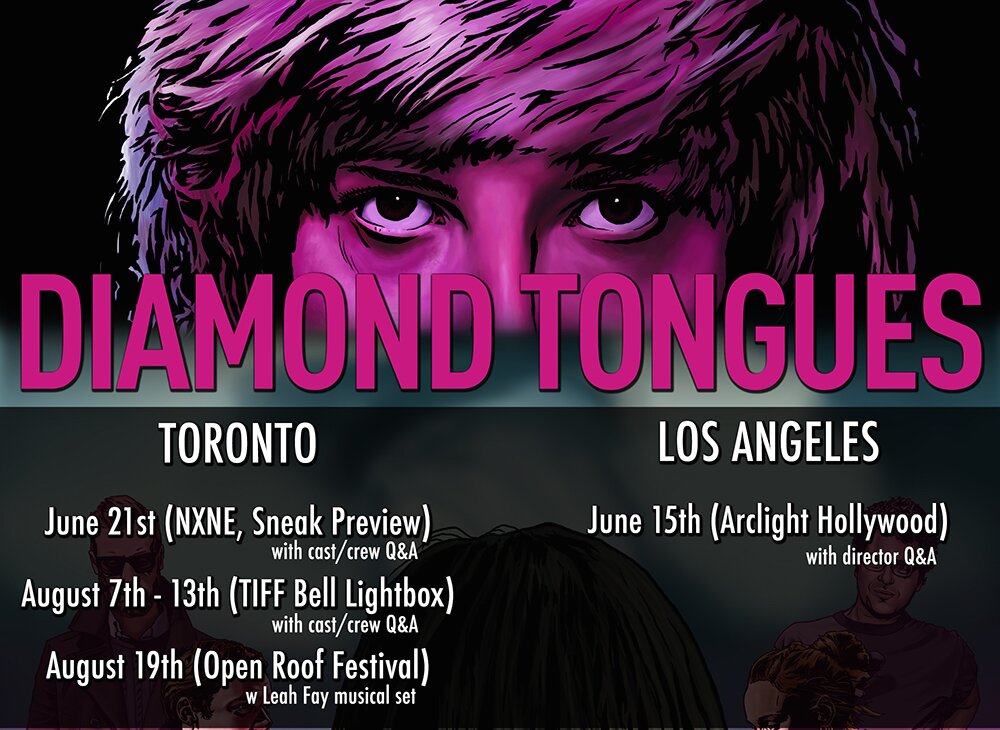 In addition to our one week theatrical run at the TIFF Bell Lightbox (announced last week alongside our Los Angeles screening), we will have two special screenings in Toronto this summer…

This screening will be our Canadian Premiere and held at the NXNE HUB at Queen and Spadina. The hub is a loft space and pop-up venue and will surely be a unique place to see the film. We’re working on planning a reception to immediately follow the screening, so stay tuned for details. The screening will feature a cast/crew Q&A following the film. We should note however, that if you’re a stickler for the full cinematic experience with state-of-the-art picture and sound, it might be best to wait for our theatrical run at the Lightbox.

Tickets are available HERE. It’s a small, unconventional venue and could sell out quick.

This screening, which is co-presented by CMW Film Fest, will be a part of the sixth annual OPEN ROOF FESTIVAL at 99 Sudbury. The evening combines food, film, and music (and drinks); and will feature a special musical performance by our Diamond Tongues lead actress and July Talk frontwoman, Leah Fay, doing a rare solo set.

That’s two special screenings and a one week theatrical run, and we promise the movie is worth the price of admission – don’t miss out!